HomeLatest NewsUkraine needs up to $7 billion in support per month, Zelensky says. 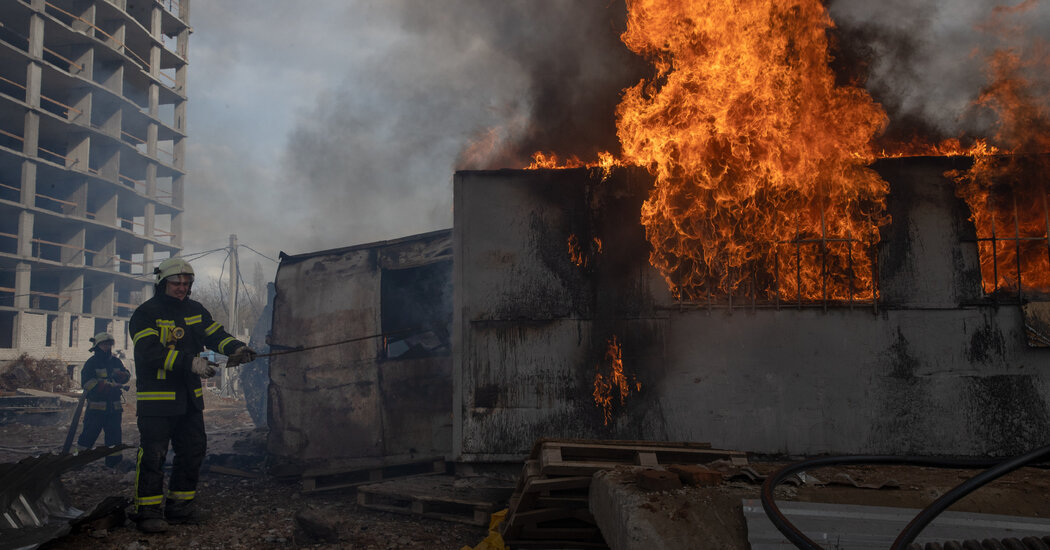 Ukraine needs up to $7 billion in support per month, Zelensky says.


Ukrainian officials on Thursday met with leaders abroad to call for additional financial support as their country reels from devastating attacks from Russian forces and a disrupted economy.

As Ukraine suffers from what he described as “completely destroyed normal economic relations” and widespread destruction, President Volodymyr Zelensky told the World Bank that his country needed up to $7 billion in support per month and that it would need hundreds of billions of dollars to recover from the war.

Since Russia invaded Ukraine on Feb. 24, Mr. Zelensky said, Russian troops have destroyed or damaged tens of thousands of houses and more than 1,100 educational institutions, as well as hospitals and businesses. An initial analysis found that Ukraine has suffered $550 billion in losses, he said.

“Together we are able to implement solutions that will not only stop the aggressive intentions of the Russian Federation, not only support Ukraine in this war, but also inevitably show all the potential aggressors of the world that creating problems for other states, for other nations, means creating problems for themselves,” Mr. Zelensky said, speaking virtually from Ukraine. “Because if we do not do this, millions and millions of people in the world will repeatedly suffer from the aggressive actions of individual states.”

In the United States, Denys Shmyhal, the Ukrainian prime minister, met with the House speaker, Nancy Pelosi, to call for additional support for his country.

In his address, Mr. Zelensky said that five steps were needed to stop Russia from realizing “any of their aggressive goals”: immediate support for Ukraine, excluding Russia from all international financial institutions, creating a special tax on the war, blocking the assets of the “Russian elite,” and national preparations around the globe “for the possible complete severance of any relations with Russia.”

“No one should depend on the political mood of the leadership of this state,” Mr. Zelensky said of Russia. “If the world is ready to isolate Russia completely, the Russian leadership will have a motive to avoid any war.”

While Russia has been increasingly excluded from the world economy through sanctions and other methods, U.S. officials and foreign leaders have been weighing whether their success in isolating Russia might prompt President Vladimir V. Putin to take even more provocative actions. Such concerns grew on Wednesday when Russia test-launched a new intercontinental ballistic missile, which Mr. Putin said was a warning to those in the West who “try to threaten our country.”