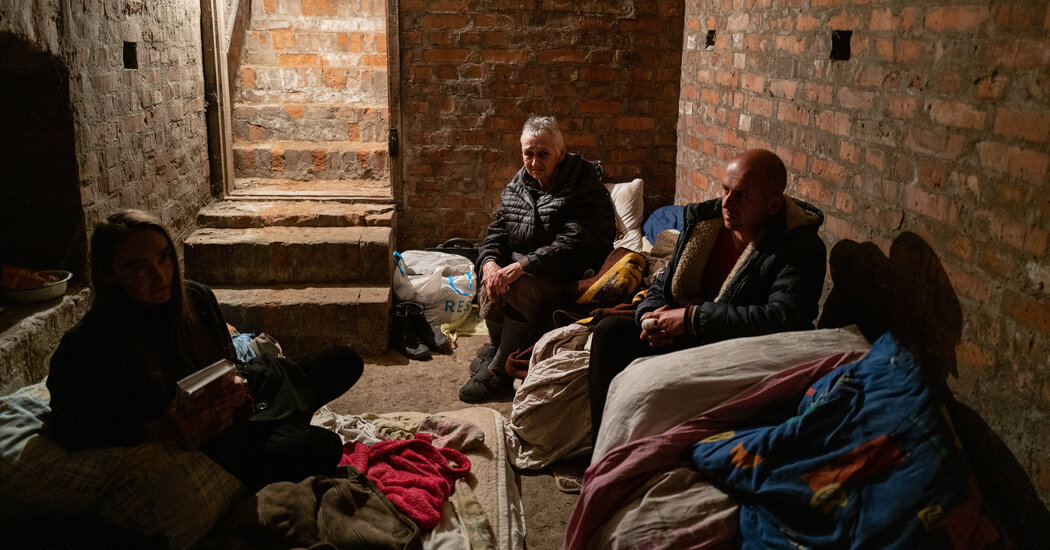 BRUSSELS — A series of explosions on Monday and Tuesday has rattled Transnistria, a small breakaway region within Moldova and bordering Ukraine, ramping up fears that the war next door could spill over into neighboring countries and swell into a wider conflict.

It remained unclear on Tuesday who was behind the attacks in Transnistria, a self-declared Republic allied with — and heavily dependent on — Russia. Local authorities there blamed Ukraine, while Ukraine accused Russia of orchestrating the blasts as a pretext for further aggression.

The Ukrainian military said Tuesday that Russian troops stationed in Transnistria had been put on high alert. Some Ukrainians have voiced fears that with Russia already invading their country from the east, south and north, they could add a new front from Transnistria, attacking from the west, as well.

As the Soviet Union dissolved in the early 1990s, heavily armed separatists in Transnistria, which has a sizable minority of Russian speakers, fought to break away from Moldova. With Russian backing, they effectively won independence, but Transnistria is not formally recognized internationally.

There are at least 12,000 Russian troops stationed in Transnistria, which reached to within 25 miles of Odesa, Ukraine’s chief port and third-largest city. Odesa is potentially a major target in Moscow’s stalled push to seize Ukraine’s Black Sea coast.

A Russian general said last week that Russia intended to take control of a swath of land extending not just to Crimea, the peninsula it seized from Ukraine in 2014, but all the way to Transnistria. But it was not clear that his statement reflected Kremlin policy.

The attacks in Transnistria were carried out against empty or unused buildings during a holiday, and there were no casualties, said Moldova’s deputy interior minister, Sergiu Diaconu. He said explosions appeared to be an attempt to destabilize the country, and possibly serve as an excuse for a military response by Russia, not a serious bid to do harm.

In addition, Mr. Diaconu said, the grenades that were used are produced by Russia and are only used by the armies of Russia, Transnistria and Gabon. He said of the attackers, “I don’t think these were the Gabonese.”

Still, Moldovan authorities did not accuse Moscow of being behind the explosions. The country’s president, Maia Sandu, did not mention Russia when asked on Tuesday about the attacks, saying only that there were “tensions between different forces within the regions, interested in destabilizing the situation.”

There were three separate explosions, local authorities in Transnistria said. One targeted a security-agency building in the capital, Tiraspol. The other blasts hit the local airport and a radio station in the village of Mayak.

Vadim Krasnoselsky, the president of Transnistria’s separatist government, called the explosions “terrorist attacks” and blamed Ukraine. “Traces of these attacks lead to Ukraine,” he said in a statement, without providing details. “I assume that those who organized this attack have the goal of dragging Transnistria into the conflict.”

For their part, Ukrainian officials were quick to point a finger at Russia. The Ukrainian defense ministry said its intelligence indicated that the explosions were “a planned provocation” by Russia aimed at inflaming “anti-Ukrainian sentiments.”

Russia’s deputy foreign minister, Andrei Rudenko, said on Tuesday that “forces disinterested in regional stability and wishing to create another hotbed of tensions are behind this.” He did not say who those forces were.

Transnistria, with a mixed population of Romanian, Russian and Ukrainian speakers, has been a problem for Moldova’s government for more than three decades, since retired Soviet military officers living there led the rebellion.

Since the outbreak of the war in Ukraine, the Moldovan authorities have been increasingly anxious over the possibility that Russia might activate its Transnistria-based troops, either to attack Ukraine or to invade Moldova, which is not a member of NATO or the European Union, and has limited military forces.

Mr. Flenchea said the people running Transnistria might not be keen on war because it would interfere with one of the region’s major economic activities, smuggling.

Iulian Groza, the head of the Institute for European Policies and Reforms, a research institution in the Moldovan capital, Chisinau, said a Russian invasion of Moldova did not appear to be imminent. The short-term aim of the Russians, Mr. Groza said, seemed to be to destabilize the region and undermine the pro-European Union government of Moldova.

Whether the threat of an invasion is real or not, Moldovans are worried. Many people reacted to the news about the Transnistria explosions in a similar way as they did to the outbreak of the invasion of Ukraine — fearing the worst.

“People are in panic again,” said Carmina Vicol, the head of the American Chamber of Commerce in Chisinau. “The worst case is that war starts here and disrupts everything.”