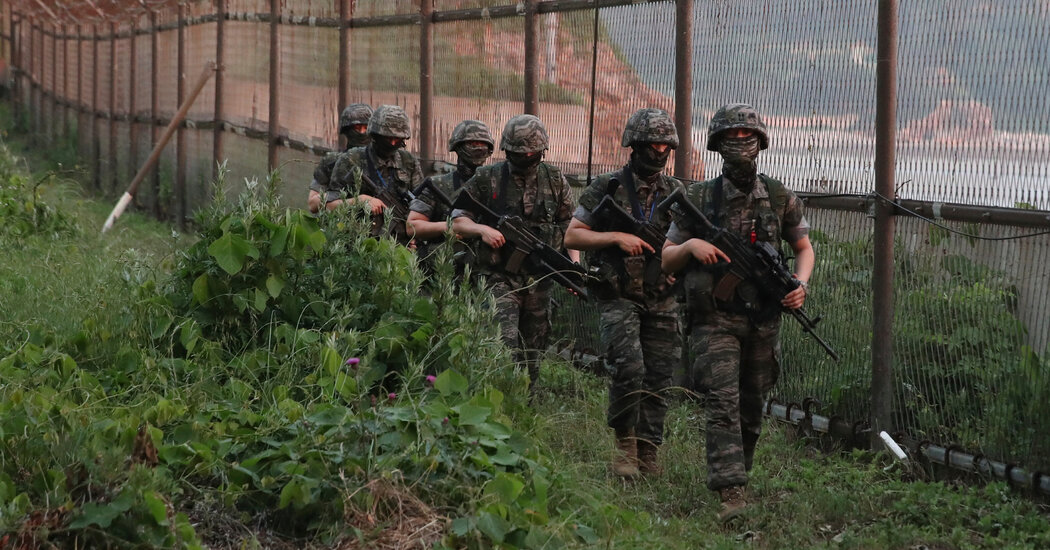 
SEOUL — The Supreme Court of South Korea issued a landmark ruling against the military’s decades-old ban on homosexual activities on Thursday, striking down guilty verdicts for two male soldiers who were indicted on a charge of having consensual sex while off their base.

​In its ruling on Thursday, the Supreme Court said that the law should not apply to consensual sex away from a military setting.

The two accused men, a first lieutenant and a master sergeant, were indicted on charges of breaking the military code after they were found to have had sex in a private house during off-duty hours in 2016. Lower military courts sentenced the lieutenant to four months in jail and the sergeant to three months; the sentences were suspended.

Punishing the two soldiers for this violated “their sexual autonomy” and “the constitutionally guaranteed right to equality and human dignity, as well as their right to pursue happiness,” the top court said on Thursday, sending the case back to a lower ​military ​court.

Human rights groups hailed the verdict, calling it “a major step forward” or “a huge victory” for the rights of lesbian, gay, bisexual, transgender and intersex people.

“This groundbreaking decision is an important triumph in the fight against discrimination faced by L.G.B.T.I. people in South Korea,” said Boram Jang, Amnesty International’s East Asia researcher, in an emailed statement. “The criminalization of consensual same-sex sexual acts in South Korea’s military has long been a shocking violation of human rights, but today’s ruling should pave the way for military personnel to freely live their lives without the threat of prosecution.”

Lim Tae-hoon, head of the Seoul-based Center for Military Human Rights Korea, urged the country’s Constitutional Court to follow up by ruling the military code that outlaws gay sex unconstitutional. The court has ruled the law constitutional three times since 2002 and it is deliberating on the question for a fourth time.

The South Korean military did not immediately comment on Thursday’s ruling. In the past it has said that it was not discriminating against gay soldiers. But it said it wanted to root out illegal homosexual activities and protect morale and discipline among soldiers.

Rights groups have long ​​lamented ​what they called the “archaic and discriminatory”​ military code and a pervasive stigmatization faced by L.G.B.T.I. people in the country in general and in the military in particular. The two soldiers were among a score of gay soldiers rounded up in 2017 on the suspicion of having same-sex relationships.​ ​

Last year, a transgender woman who had been expelled by the military after her gender-reassignment surgery killed herself​ while campaigning to be reinstated.

South Korea maintains a 620,000-strong military as a bulwark against North Korea​, with which it remains technically at war​.​

The 1950-53 Korean War was halted in a truce, not a peace treaty. South Korea operates a conscription system, which obliges all eligible men to serve about 20 months.

In South Korea, same-sex marriage is not recognized and the rights of sexual minorities are a largely taboo and politically unpopular subject. In recent years, powerful right-wing Christian groups have intensified a campaign against homosexuality, scuttling a bill that would have given sexual minorities the same protections as other minority groups.

They have argued that sex among gay soldiers would spread AIDS in the South Korean military and undermine its readiness to fight North Korea.