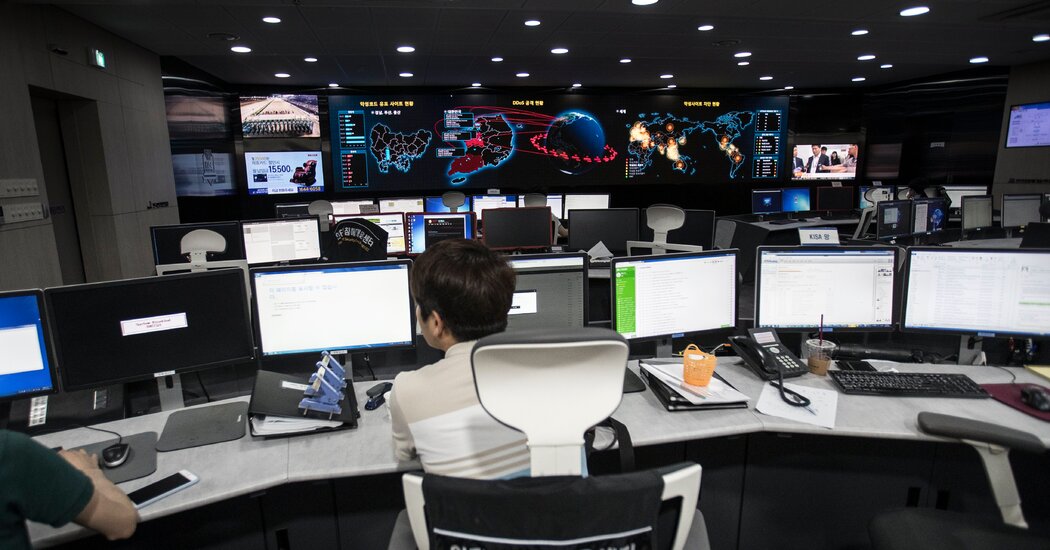 
SEOUL — Two South Koreans have been arrested on charges of stealing military secrets on behalf of a suspected North Korean spy agent who paid them in cryptocurrency, the police said on Thursday.

A 38-year-old executive at a cyber-currency company met the agent through an online cryptocurrency community six years ago and has been paid $600,000 in cryptocurrency since February last year to work for him, the South Korean national police said. Together, the executive and the agent tried to hack into the South Korean military’s command communication system, but failed.

They succeeded, however, in recruiting a 29-year-old South Korean military officer, who helped steal classified military data by taking pictures with a smartphone, the police said. The police did not provide details about the stolen data, but said that the officer was paid about $38,000 in cryptocurrency by the agent.

The two South Koreans were arrested earlier this month and now face criminal charges of breaking the country’s National Security Act. The South Korean police said they could not arrest the agent, who was operating from abroad, but said that they believed he was a hacker working for the North Korean government.

South and North Korea have remained technically at war since 1950. For decades, the two Koreas have waged intelligence and counterespionage campaigns. In recent years, the war has increasingly shifted into cyberspace.

North Korea runs an army of hackers trained to disrupt enemy computer networks and steal cash and sensitive data. With its trade crippled by both the pandemic and United Nations sanctions, North Korea has increasingly relied on cyberattacks that target cryptocurrency and blockchain platforms, according to American and South Korean intelligence agencies.

“Virtually all of the technologies it appears to be interested in have military as well as civilian uses and some could have applications in the development of advanced weaponry,” Symantec said, describing the hacker group’s activities in a blog post.

Despite its economic difficulties, North Korea runs a vigorous nuclear weapons and missile development program. On Monday, North Korea held a military parade where its leader, Kim Jong-un, watched its newly developed missiles and vowed to boost his nuclear arsenal “at the fastest possible speed.”