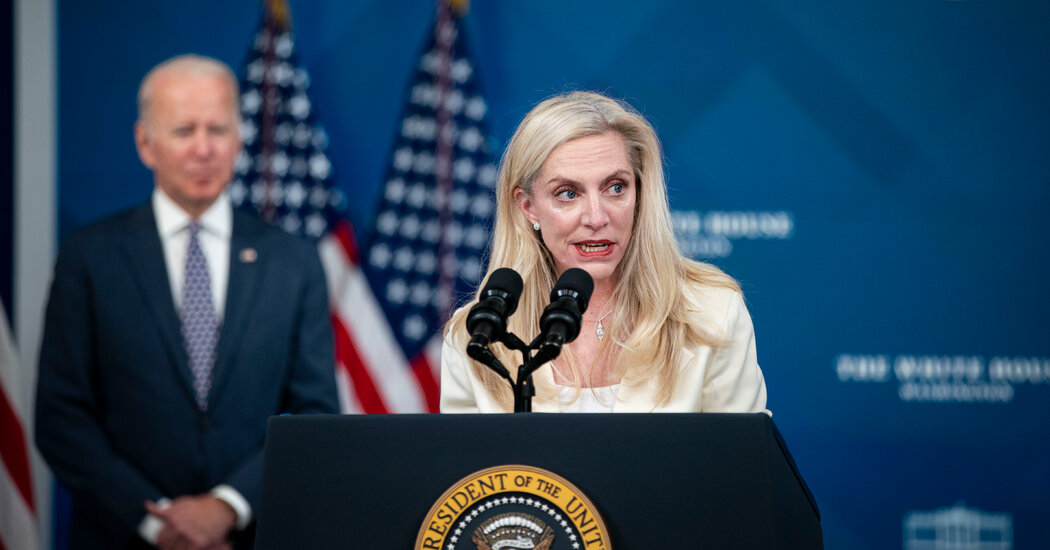 
The Senate voted to confirm one of President Biden’s nominees to the Federal Reserve’s Board of Governors, making Lael Brainard the central bank’s vice chair.

Ms. Brainard, a Fed governor since 2014 who was originally nominated to the institution by President Barack Obama, was a key architect of the central bank’s response in 2020 as state and local lockdowns tied to the pandemic roiled markets and sent unemployment rocketing higher. She has been a close adviser to Jerome H. Powell, the Fed chair.

Ms. Brainard received some bipartisan support, and passed the Senate in a 52-to-43 vote.

The White House has also nominated Mr. Powell to another four-year term as chair. Mr. Powell, who was first appointed to the Fed by Mr. Obama, became chair in 2018 during the Trump administration. Mr. Biden has also nominated the economists Philip N. Jefferson and Lisa D. Cook to fill two open governor positions.

Votes on those three nominees are expected soon.

If all are confirmed, the four officials will make up a majority of the Fed’s seven-person Board of Governors in Washington, giving Mr. Biden a chance to leave his mark on the institution. Fed governors hold a constant vote on monetary policy, which they set alongside the central bank’s 12 regional reserve bank presidents, who vote on a rotating basis.

But even as it gains new faces, the Fed is likely to stick to the course it has already begun to chart as it battles stubbornly rapid inflation. The central bank raised interest rates at its meeting in March and is expected to make an even bigger rate increase at its meeting next Tuesday and Wednesday. Policymakers have also signaled that they will soon begin to shrink their balance sheet of bond holdings in a bid to push up longer-term interest rates and further slow the economy.

By making money more expensive to borrow, the Fed can slow down spending, which could allow inflation to moderate over time as supply catches up with demand. During their hearings, the nominees made it clear that they were committed to bringing down high inflation. Ms. Brainard and Mr. Powell regularly address that goal in public remarks.

The central bank is hoping that it can calm the economy without pushing the unemployment rate higher and sending it into a recession.

“I don’t think you’ll hear anyone at the Fed say that that’s going to be straightforward or easy,” Mr. Powell said at an event on Thursday. “It’s going to be very challenging. We’re going to do our very best to accomplish that.”

The Senate has yet to start the process for voting on Mr. Biden’s fifth and most recent pick for the Fed Board: The White House this month nominated Michael S. Barr as the Fed’s vice chair for supervision. The White House’s initial nominee, Sarah Bloom Raskin, failed to secure enough support and was withdrawn from consideration for the job.

Mr. Barr must appear before and then pass the Senate Banking Committee before advancing to a confirmation vote in the full Senate.