HomeLatest NewsLeader of E.U. Border Agency Departs After Accusations of Abuses During His... 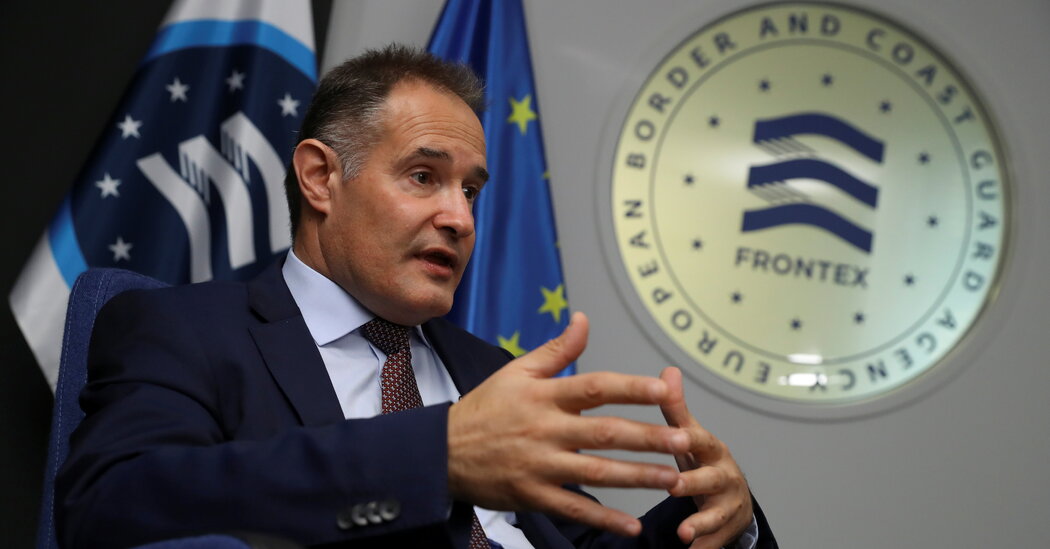 Leader of E.U. Border Agency Departs After Accusations of Abuses During His Tenure


BRUSSELS — When Fabrice Leggeri, a French civil servant, took over the European border agency known as Frontex in 2015, its operations were based out of a small office in Warsaw that mostly did administrative work.

In the course of his tenure, it became the most well-endowed agency in the European Union, saw its annual budget swell to 543 million euros and developed the bloc’s first joint, armed border force as migrants fleeing war and economic hardship sought to reach the bloc.

The higher profile was also met with greater scrutiny: Frontex was accused of mismanagement, harassment, and covering up human rights abuses — and even carrying them out — at Europe’s borders. Some of these claims were investigated by the bloc’s anti-fraud agency, but before the results of that inquiry were made public, Mr. Leggeri offered his resignation, in a letter dated Thursday.

In the letter to the agency’s management board, Mr. Leggeri included an oblique statement that Frontex had “silently but effectively changed” its mandate. Observers took that to mean he felt as though he was being wrongly accused of failing to honor human rights obligations when the agency’s primary mission is to protect the bloc’s borders.

Sophie in’t Veld, a Dutch member of the European Parliament said that the contents of Mr. Leggeri’s resignation letter suggested that he did not grasp the gravity of the accusations. “He still doesn’t understand that he was wrong,” Ms. in’t Veld said. “He is not taking responsibility for his actions.”

Mr. Leggeri was blamed not only for covering up misconduct, including illegally turning away asylum seekers from E.U. territory — a practice known as “pushbacks” — but financial mismanagement and harassment that prompted several staff members to quit.

He has repeatedly denied the accusations of wrongdoing. The final results of the anti-fraud agency’s inquiry are expected to be published soon.

The agency’s board said in a statement on Friday that Mr. Leggeri had decided to leave his position after being given the opportunity to comment on the results of the investigation.

Analysts said that Mr. Leggeri’s departure is unlikely to force a reckoning, because even though pushbacks are illegal under E.U. law, the bloc’s member states and the European Commission, its executive arm, have been largely looking the other way for years.

“The pushbacks were not an exclusive responsibility of Mr. Leggeri,” said Camino Mortera-Martinez, a senior research fellow at the Center for European Reform, which is based in London. “Frontex is doing what all national border agencies in Europe are doing.”

The contentious role of Frontex mirrors the European Union’s wider struggles to develop a coherent migration policy, which has put the bloc, a self-declared defender of human rights, increasingly at odds with its proclaimed values.

Border management and home affairs are the responsibility of national governments, and until 2015, Frontex had been a peripheral agency tasked with coordinating the national border authorities.

The 2015 refugee crisis put migration in the spotlight and significantly raised Frontex’s profile. More than a million asylum seekers, mainly from Syria and Afghanistan, surged into the bloc, and the need for a more coordinated response became clear. Migration became an increasingly fraught issue in Europe’s political and culture wars, and it fueled the surge of far-right, populist movements.

The importance of Frontex, and the financing for it, grew alongside the bloc’s anxiety over migrants and refugees. An effective migration strategy has eluded the 27-nation bloc, but it managed to agree to fortify Europe’s external borders, a policy that is sometimes known as “Fortress Europe.”

The ever-expanding Frontex became emblematic of this approach, which has been chastised by human rights groups. The agency has acquired high-tech border protection equipment, such as drones, and it will soon deploy the bloc’s first joint armed force to guard the external borders.

Ms. Mortera-Martinez said that the main objective of national governments and the European Commission was to avoid a repeat of the 2015 crisis and reduce the number of people arriving in the bloc.

The European Union has been successful in that regard, although the Ukraine war has recently placed new strains on member states, with the largest flow of refugees on the continent since World War II.

Camille Le Coz, a policy analyst for the Brussels-based Migration Policy Institute, said Mr. Leggeri’s resignation was “a symbolic victory” for human rights defenders. “However,” she said, “the system that has allowed these misconducts remains.”

The European Commission, which oversees the agency’s operations, said on Friday that Frontex’s mandate has not been changed, and that there had been no changes to its critical task of protecting the European Union’s external borders while upholding fundamental rights. Under E.U. law, those fundamental rights include providing access to asylum procedures for anyone who asks for it.

The agency’s board, which is composed of the heads of national border authorities and representatives of the European Commission, will select Mr. Leggeri’s replacement before June, the board said in a statement on Friday.

Mr. Leggeri’s departure was greeted with relief in the European Parliament, where there has been widespread frustration with Frontex.

Damian Boeselager, a Green lawmaker from Germany, said that lawmakers “have been calling for his resignation for some time,” and that a European Parliament investigation revealed that “the problem partially lies with the leadership.”