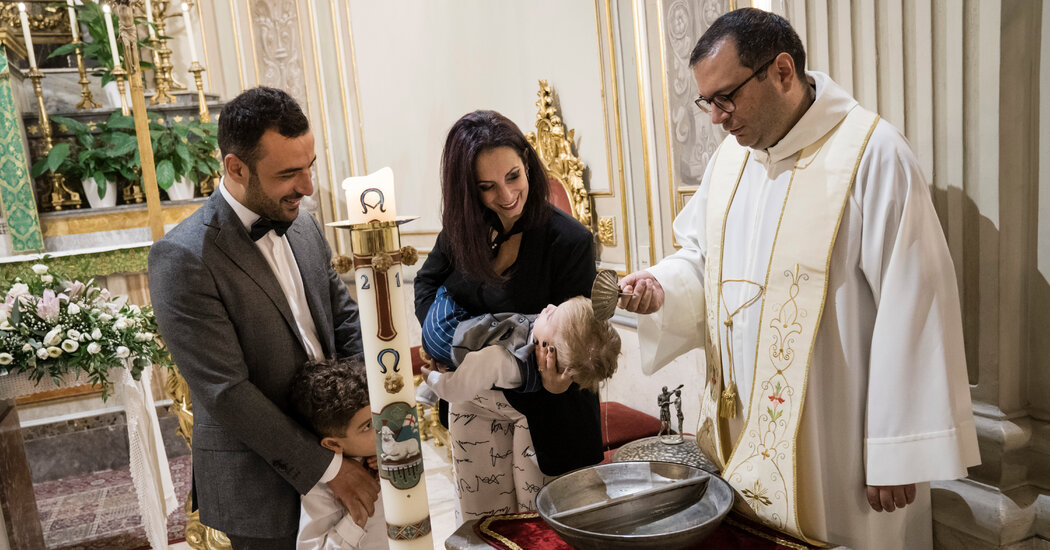 
Italy’s top court ruled on Wednesday that children born in the country will be given their mother’s and father’s surnames at birth, declaring the automatic practice of only giving children their father’s surname “constitutionally illegitimate.”

Parents will be able to choose the order of surnames or decide to use only one, a statement on the ruling from Italy’s Constitutional Court read, citing principles of equality and the children’s interest. Except in certain circumstances, Italian families have been unable to give their children their mother’s surname alone.

“Both parents should be able to share the choice of a surname, which is a fundamental element for one’s personal identity,” the court wrote.

Compared with other European countries where both surnames can be used for children, like France, Germany and Spain, Italy has been slow in embracing the recognition of the mother’s family name.

“The Constitutional Court canceled the last patriarchal legacy in family law,” Cecilia D’Elia, a member of Parliament and a leader on women’s issues in the Democratic Party, wrote on Twitter. “The mother’s name will have the same dignity as the father’s, a sign of civilization.”

The court’s decision shed light on the issues that came with automatically giving children only their father’s surname.

One of the two cases the court was reviewing was that of a family from the southern city of Potenza who had three children with different last names. Two of them carried their mother’s last name because they were initially not recognized by their father, but the youngest one, born after the couple had married, could not be given the same surname as her siblings.

“For them it was a matter of family identity,” Giampaolo Brienza, one of the family’s lawyers, said in a phone interview. “One of the eldest siblings is 14, she could not take a different surname all of a sudden.”

Parliament will now have to pass corresponding legislation that includes changes to succession law and outlines how the surnames will pass from generation to generation.

Since 2016, parents in Italy have been able to choose to keep both surnames on their children’s birth certificates and identity cards, but having only the mother’s surname was an option only for children of single mothers or in cases where fathers were unwilling to participate in the children’s lives. It was not a choice that mothers could make independently.

Chronicling the history of the naming practice in a podcast that aired in February, a judge from the Constitutional Court, Daria de Pretis, explained that the court has dealt with the issue since the 1980s and has often urged Parliament to draft new legislation in accordance with the changed sensibilities within Italian society and grant equal rights to both parents.

In Italy, wives used to take their husbands’ names and be solely responsible for children before the law. Though norms have since changed, the law automatically giving children their father’s surname has stayed, causing the European Court of Human Rights to rebuke Italy for discrimination.