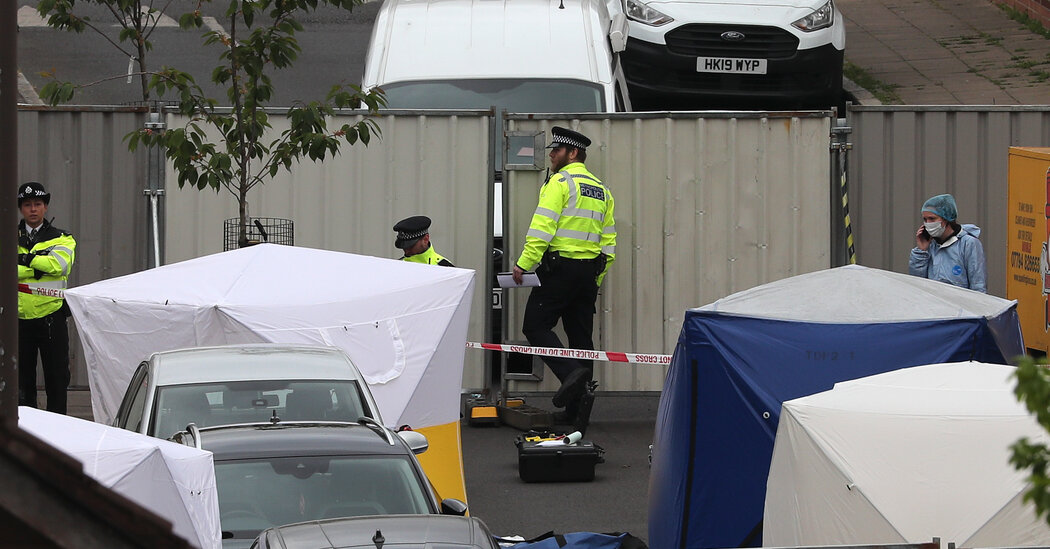 
Three women and a man were fatally stabbed in the London borough of Southwark early Monday, the police said.

A suspect described as a man in his late 20s was arrested and is in custody, the police added.

The police say they believe that the attacker and the victims knew each other. The female victims were in their mid-60s, 40s and 30s, and the man was in his mid-60s, the police said.

No information was immediately available on the circumstances surrounding the killings.

“This is a terrible incident and I fully understand how worried the community will be,” Colin Wingrove, a chief superintendent with the Metropolitan Police, said in a statement. “We are working closely with our partners and local community groups to keep everyone informed and answer their questions.”

Officers responded to reports of a disturbance at 1:40 a.m. on Delaford Road in Southwark. After forcing entry, they found four people inside with what appeared to be stab wounds, the police said.

The four people were pronounced dead at the scene, the police added.

Though homicides are less common in Britain than in the United States, safety and policing remain major issues in London. There were 103 homicides in the city in 2021, 71 of which were committed with knives or sharp instruments, according to police statistics.