HomeLatest NewsBlinken and Austin meet in Kyiv with Zelensky. 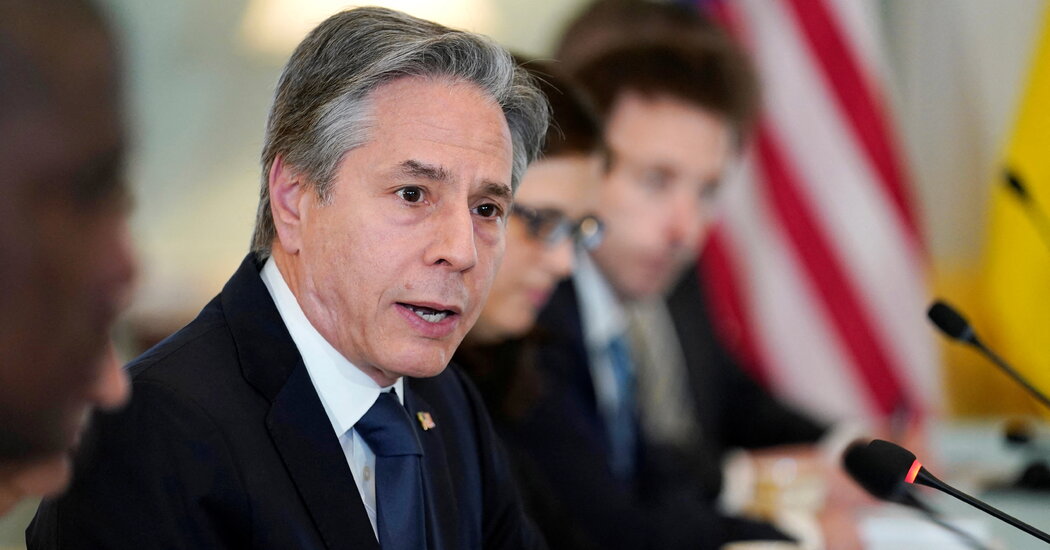 Blinken and Austin meet in Kyiv with Zelensky.


The United States’ top diplomat and top defense official arrived in Kyiv on Sunday, a Ukrainian official said, following other world leaders who have visited the embattled capital over two months of war to signal their support for Ukraine.

Secretary of State Antony J. Blinken and Defense Secretary Lloyd J. Austin III met with President Volodymyr Zelensky, becoming the first senior U.S. officials known to have visited Ukraine since Russia invaded on Feb. 24. The visit was confirmed by Oleksiy Arestovich, an adviser to Mr. Zelensky, in an interview with a Russian lawyer and activist on YouTube.

The Biden administration has backed Ukraine with aid and weaponry, and has helped lead an international campaign of sanctions against Russia. But it had been under growing pressure to send a high-level official to Kyiv after recent visits there by several European officials, including Prime Minister Boris Johnson of Britain, who walked the streets with Mr. Zelensky, and the prime ministers of Spain and Denmark.

U.S. officials did not announce the visit, but Mr. Zelensky revealed it in a speech on Saturday, saying he would use the meeting to discuss “the military assistance we need.” The Pentagon and State Department did not immediately comment.

Mr. Blinken was the last high-ranking U.S. official to visit Ukraine when he stopped there in mid-January. The United States closed its embassy in Kyiv on Feb. 14 and its diplomats soon left the country.

Russia’s invasion began 10 days later, and as it tried to seize the capital in an initial offensive, parts of Kyiv were struck by shelling and Ukrainian and Russian forces fought in the streets of Kyiv’s suburbs. But Russia’s retreat from the area around Kyiv appears to have made the city far less dangerous than it was a few weeks ago, and Western leaders have been taking the opportunity to demonstrate solidarity with Mr. Zelensky.

In March, only a few weeks after Russia’s invasion, the prime ministers of Poland, the Czech Republic and Slovenia traveled to Kyiv on a mission that was kept tightly under wraps. Over the following weeks, they were followed by leaders of Britain, Lithuania, Latvia, Slovakia, Estonia, Spain and Denmark. Ursula von der Leyen, the president of the European Commission, visited both Kyiv and Bucha, where in the wake of Russia’s retreat journalists and investigators have found evidence of atrocities.

In March, Vice President Kamala Harris traveled to Poland, where she expressed American support for Ukraine and U.S. allies in NATO and the European Union. Mr. Blinken went as far as Poland’s border with Ukraine, meeting with Ukrainian diplomats at a crossing used by hundreds of refugees over the course of an hour.

President Biden also visited a town near the border on a state visit to Poland on March 25, but did not cross into Ukraine. He met with refugees and gave a speech in Warsaw the next day.

Previous visits by senior American officials to other war zones, such as Iraq and Afghanistan, were typically not announced until after the official had arrived in the country — and sometimes not even until after they had left.

Security concerns and contested airspace have still required leaders to make long journeys to reach Kyiv. The British government said that Mr. Johnson, whose visit in early April was unannounced, used several modes of transportation, including a train from eastern Poland.

The White House had ruled out sending Mr. Biden, citing not only the risk but Mr. Biden’s enormous security requirements. Senior cabinet officials such as Mr. Blinken and Mr. Austin travel with smaller entourages.

The U.S. visit follows Mr. Biden’s announcement on Thursday of an additional $800 million in military aid, including equipment designed to help Ukraine fend off Russia’s offensive in the east.