HomeLatest NewsAnglo-Saxon Kings Made Sure to Eat Their Vegetables, Study Shows 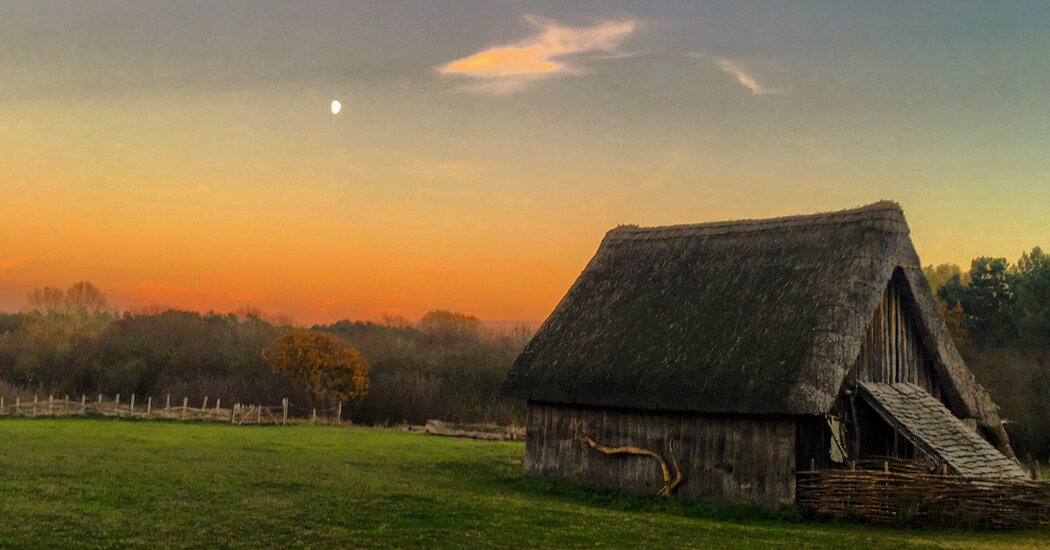 Anglo-Saxon Kings Made Sure to Eat Their Vegetables, Study Shows


Anglo-Saxon kings have long reigned in the popular imagination as rapacious meat lovers, eagerly feasting on thick slabs of mutton and beef, washed down with copious amounts of mead and ale.

It appears, however, that their diet leaned more toward vegetables, cereal and bread, according to a study that was published this month in Anglo-Saxon England and could undermine the menu choices at modern-day restaurants that claim to replicate medieval times.

“There is no sign that elite people were disproportionately eating more meat,” Tom Lambert, a historian at Sidney Sussex College at the University of Cambridge and one of the study’s two authors, said in an interview on Wednesday.

“When they were not having these big public feasts,” he said, “they were eating a vegetable broth with their bread like everyone else was.”

The findings are based on an analysis of more than 2,000 skeletons whose remains were buried in England from the fifth to 11th centuries.

A chemical analysis of the bones suggests that meat was an occasional treat and was usually consumed at large feasts that were attended not only by members of the ruling class, but also by commoners, who provided the food, said Sam Leggett, a bioarcheologist at the University of Edinburgh and the other author of the study, which has been peer-reviewed.

She said she analyzed the bones of 300 people for nitrogen isotopes, which indicate animal protein consumption, and examined published data on the bones of about 1,700 other people buried at around the same time. Dr. Leggett then determined the social class of the people she examined by cross-referencing her findings with evidence of status, such as whether jewelry and ornate weaponry had been buried in the graves.

The data showed that the consumption of animal protein was no greater in the remains of people who most likely belonged to the ruling class, including men, who have been widely believed to be greater consumers of meat, according to the study.

“I was surprised,” said Robin Fleming, a professor of early medieval history at Boston College. “I had assumed that they had a barbecue every evening.”

She said that the image of early ruling elites in England as voracious meat eaters was cemented in the literature of the 18th and 19th centuries, when the aristocracy regularly consumed meat while poorer people subsisted on grains and vegetables.

“The idea was that elites always ate better than everyone else,” Professor Fleming said.

Hollywood perpetuated this theory in movies and television, she said. But historians have also long ascribed to the same belief because they have relied on documents from the time period, tersely written “renders” that described the food ruling classes expected to receive as tribute from farmers and other workers, Professor Fleming said.

In their study, Dr. Leggett and Dr. Lambert said that the assumptions based on these renders should be questioned.

“These food lists cannot be representative of elite diets because their exceptionally high proportion of animal products is inconsistent with the bioarchaeological evidence,” they wrote, adding: “It instead shows that diets were more similar (isotopically) across social groups than previously thought.”

The academics examined food lists compiled during the reign of King Ine of Wessex, who ruled during the seventh and eighth centuries. Based on those lists, English peasants provided royal households at the time with 300 bread rolls and large amounts of mutton, beef, salmon, eel and poultry, as well as cheese, honey and ale.

But the analysis of the bones showed there was no “isotopic evidence of excess protein” or signs of disease like gout to indicate that the ruling class was eating that kind of food on a regular basis, Dr. Leggett said.

The food lists likely represented the items that the rulers consumed at feasts, which may have taken place only a couple of times a year or once a month, Dr. Leggett said.

People at the time kept their livestock around because it was a status symbol but also to help with manual labor and to maintain a steady stream of food, Dr. Lambert said. It would have made no sense to kill sheep for meat when they provided wool, milk and cheese, he said.

The regular consumption of large amounts of animal meat became more common after the invasion of the Vikings, who had a steady diet of fish, Dr. Lambert said.

The analysis makes “a very convincing case of why historians need to pay more attention to archaeology,” Professor Fleming said.

“Maybe these documents are just bragging,” she said, referring to the food lists. “Maybe, they’re not absolute blueprints for the running of an aristocratic household.”